We aim to provide the best customer service in Berwyn. We offer many ways to connect to us and we always respond to your concerns asap.

Redi-Box is not a chain and is locally owned and operated in Chicago. Redi-Box is proud to service Berwyn.

Book Now and schedule your moving boxes Berwyn in under a minute. 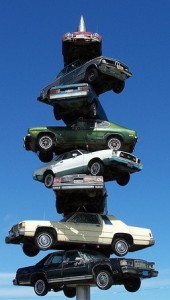 Berwyn is a city in Cook County, Illinois, co-existent with Berwyn Township, which was formed in 1908 after breaking off from Cicero Township. As of the 2010 census, the city had a total population of 56,657.

The land that today makes up Berwyn was originally fairly marshy and cold. As the glaciers receded at the end of the last ice age, a giant body of water known as Ancient Lake Chicago was created. Over time, Lake Chicago grew smaller and became Lake Michigan, and the stream that connected the lake to the Illinois River became a swamp known as Mud Lake. Mud Lake extended nearly to the southern border of today’s Berwyn.