Redi-Box provides moving boxes to Oak Park and Cook County. We work around your busy schedule to make sure your boxes arrive when you want it. So give us a call today at (224) 266-7334 or Book Now and schedule your box delivery.

We aim to provide the best customer service in Oak Park. We offer many ways to connect to us and we always respond to your concerns asap.

Redi-Box is not a chain and is locally owned and operated in Chicago. Redi-Box is proud to service Oak Park.

Book Now and schedule your maid service in under a minute. 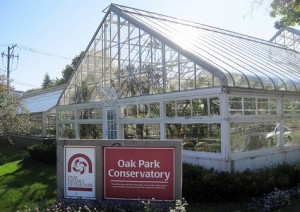 Oak Park is a village adjacent to the western side of the city of Chicago in Cook County, Illinois. It is the twenty-fifth largest municipality in Illinois as measured by population, and has easy access to downtown Chicago (the Chicago Loop) due to public transportation such as the Chicago ‘L’ Blue and Green lines, CTA buses, and Metra commuter rail. The 2000 census showed that the village had a total population of 52,524. As of the 2010 census, the population had dropped by 1.2 percent to 51,878.

Oak Park is located immediately west of the city of Chicago. The boundary between the two municipalities is Austin Boulevard on the east side of Oak Park and North Avenue on the village’s north side. Oak Park also borders Cicero along its southern border, Roosevelt Road, from Austin to Lombard; and Berwyn from Lombard to Harlem. Harlem also serves as its western border, where between Roosevelt and South Blvd, it borders Forest Park and between North Blvd and North Ave to the west it borders River Forest.